Wrapping up the regular season in reverse order. First the standings as of September 25 at 8 pm. Top 6 teams make playoffs. The color coding indicates the three big series remaining. While Seattle is gone, if the White Sox win their series against the eliminated Mariners, then they could get in the mix. Each team has their ace and No. 2 starter going in that series.


We track all games in our season here.

You can print out the entire Statis-Pro game for free by clicking here. To make it easier to print Statis-Pro player cards based on 2022 projected stats, we broke the pitchers cards in half and changed everything to a PDF. To print player cards with each sheet containing only one team, click for the 2022 Batters, 2022 Pitchers from Arizona to Miami, and 2022 Pitchers from Milwaukee to Washington. If you want to add some fun, you can use this chart for unusual "Z-plays."

Some league rules we us are that each game actually counts as a 3-game series, with the winner of the series getting credit for winning 2 out of 3 UNLESS the winning team:
a. leads by at least 5 runs at the end of the 8th inning,
b. has not used their reliever with the best PB rating by the end of the 8th inning, and
c. holds onto win the game even if by less than 5 runs.
We have played 90 games this season and 25 have ended up as sweeps under the rules above, which is 27.7% and within 1% of the number of 3-game series that end up in sweeps in Major League Baseball.
Results that have already happened the last couple of days, in reverse order:
White Sox Playing to Stay Alive
The top 6 teams can hope the addition of ace Castillo to Seattle to give them the strong 1-2 pitching punch with Ray is enough to shut down the White Sox and basically wrap up who the 6 playoff teams are. If the White Sox do well enough to stay in the mix then all the teams except the Astros still have hte option of a final series against the Orioles.
With Buxton Out for Season Twins Offense Weak, but they beat Angels 3-0 and 3-1
Angels officially eliminated. The Twins mustered just enough offense for 2 wins and basically clinch - but with their best player Buxton out for the season and replace by Celestino in cf for the playoffs. 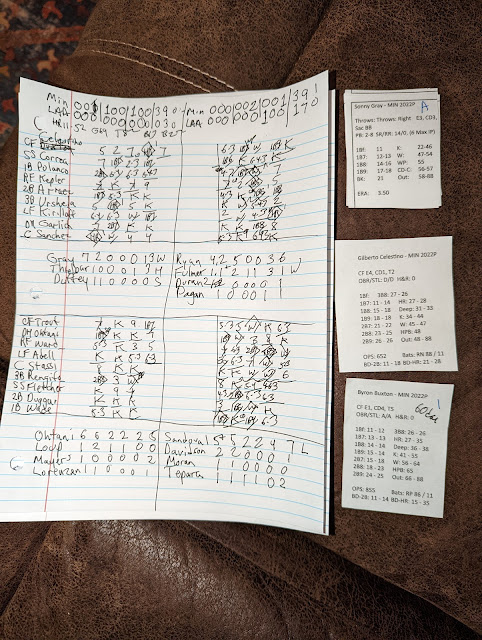 Astros Disappointing Split with Struggling Rays
The Orioles were added to the 10 teams originally used just to give the options of a 10th series so that each team could go through their 4-main rotation 5 times. 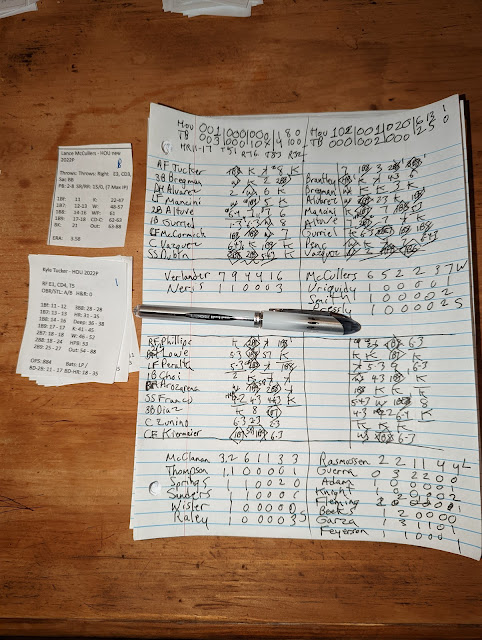 Astros disappointed split with Rays to finish season. 32-28 finish should be enough, but 11-1 finish for White Sox or 12-0 finish by Angels could knock them out.
Posted by JohnPudner at 10:23 PM