The matchup of perhaps the two best starters in the game - Cole vs. Bieber, had crazy twists meriting a 6th inning update.

In the first 6 innings Cole drew a 51, 51, 51 and 52 for 4 walks that certainly would have had Yankees fans angry, particularly since Bieber had a 48 to get a strikeout call.

The fun z-plays came into play to break the tie, as reyes drew a 52 with Ramirez on 1st base which is a drive to the top of the wall that requires a second card, and that 62 was a base clearing double to make it 1-0 Guardians.

Then the next inning with one on Ramirez was up for a clutch defensive play to center field where Hicks is only a CD1, and the 76 led to another rbi double to make it 2-0. 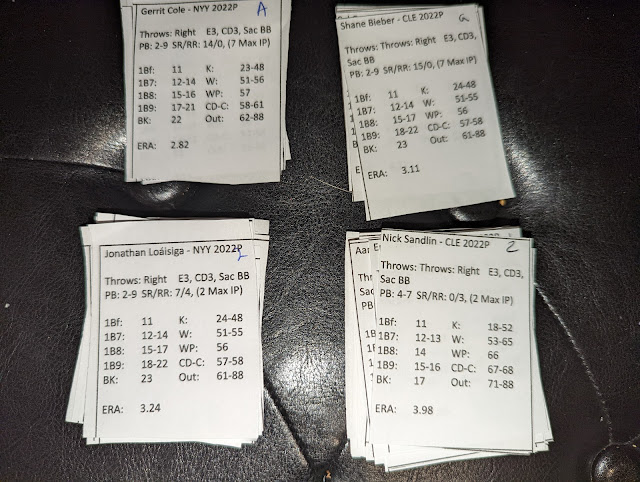 The problem for the Indians is a really thin bullpen. Their 2nd best player is a PB 4-7, while the Yankees 2nd best is a PB2-9.

They did survive to hold onto the 2-0 win in game 1, but the pen could not hold a 3-2 lead in the second game, and Aaron Judge's double was the game winning hit for a 5-3 Yankees win and split of the series. 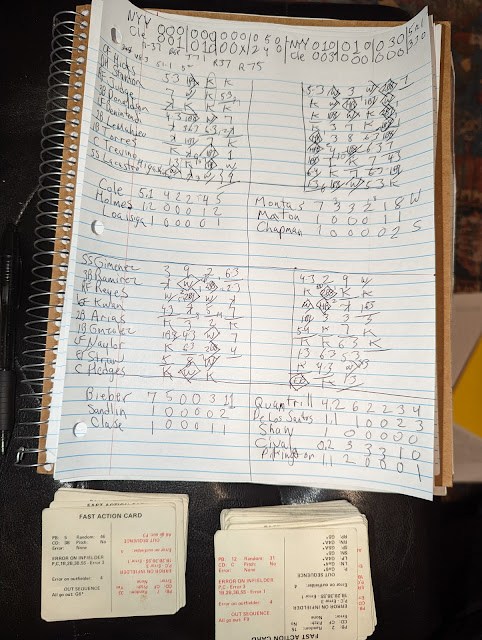 Posted by JohnPudner at 5:49 PM