Here are the Statis-Pro Batters Cards sorted by team where they landed after the trade deadline. We have now set these up so the players for each team are completely on two pages with no players from other teams, so you can print just those two pages before cutting the cards out. As you can see from the two sheets of Yankees, the first card for a new team starts with the full name, then up to 17 batters on the team.

The "NYY fr KCR" indicates Andrew Benintendi's card was with Kansas City at the beginning of the season but now is with the New York Yankees. If there is a question mark after a team, it means we did not see them listed on the current roster but we didn't see them anywhere else either, so are leaving the card there.

Below the Yankees page, we show two of the 52 players with "new" by their name - meaning they did not have a card at the beginning of the season because they were not on the team. Ronald Acuna did not come back from last year's injury until the end of April with this monster game. Meanwhile Arizona's Alek Thomas was still in the minors for the first 24 games of the year before making his MLB debut. 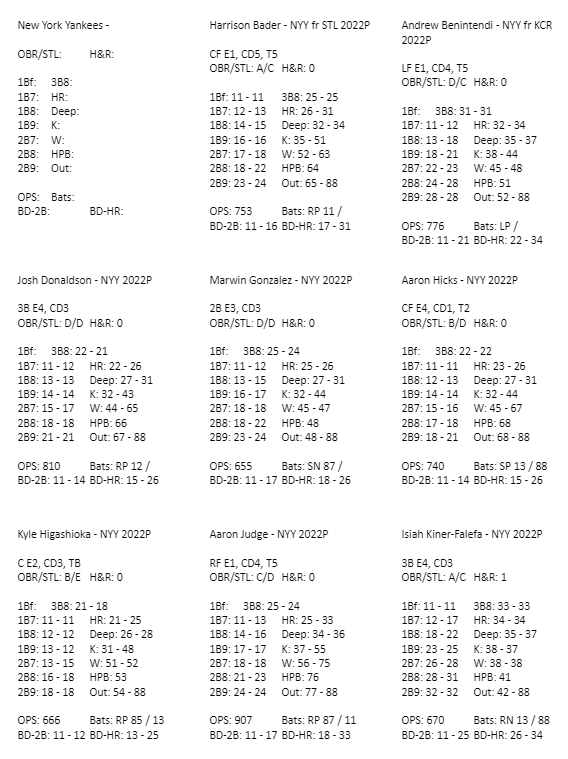 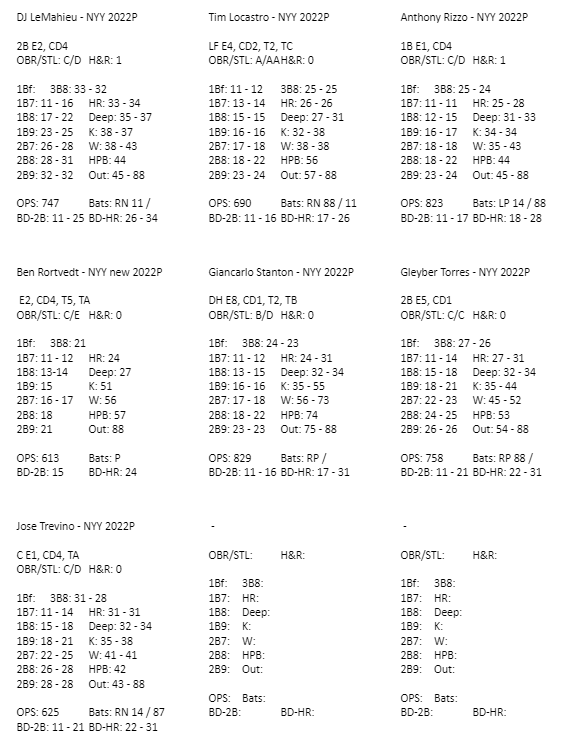 Posted by JohnPudner at 9:45 PM

Email ThisBlogThis!Share to TwitterShare to FacebookShare to Pinterest
Labels: statis-pro