Until now, the only purchase you needed to play Value Add Basketball were several dice. However, you now have two options to replace the dice:

First, you can use the random sorter on the first slide of this google sheet which will give you one of the 180 cards every time you resort by column A to pull new random numbers to the top from one of the 180 cards pictured below. For example, if the first card came up the 8-sided die roll spot would be "2(SG)" so the shooting guard would get the ball. The "63" for the defense would likely not result in any action, and that would leave the "8" to the right for the shooting guard's shot - which for most would be a 2-point play made. If you were flipping a card for a rebound you read the bottom of the card, and on that card the Offensive Power Forward would have a chance at the rebound and get it as long as a "3" were in his range (a 1-3, 1-4, 1-5 etc.) or higher, but if he were a 1-1 or 1-2 the Defensive Power Forward would take if from him.

The other option is simply to print out the four images below and cut them into 180 mini cards, and put them all in a plastic container to be pulled out one at a time to replace the dice result. I actually used this method for the first time to start my season with projected 2021 cards as UVA visited Duke (see results and what the layout looked like below these 4 images containing the 180 minus "raffle cards."

Click each of the 4 images one at a time to print. 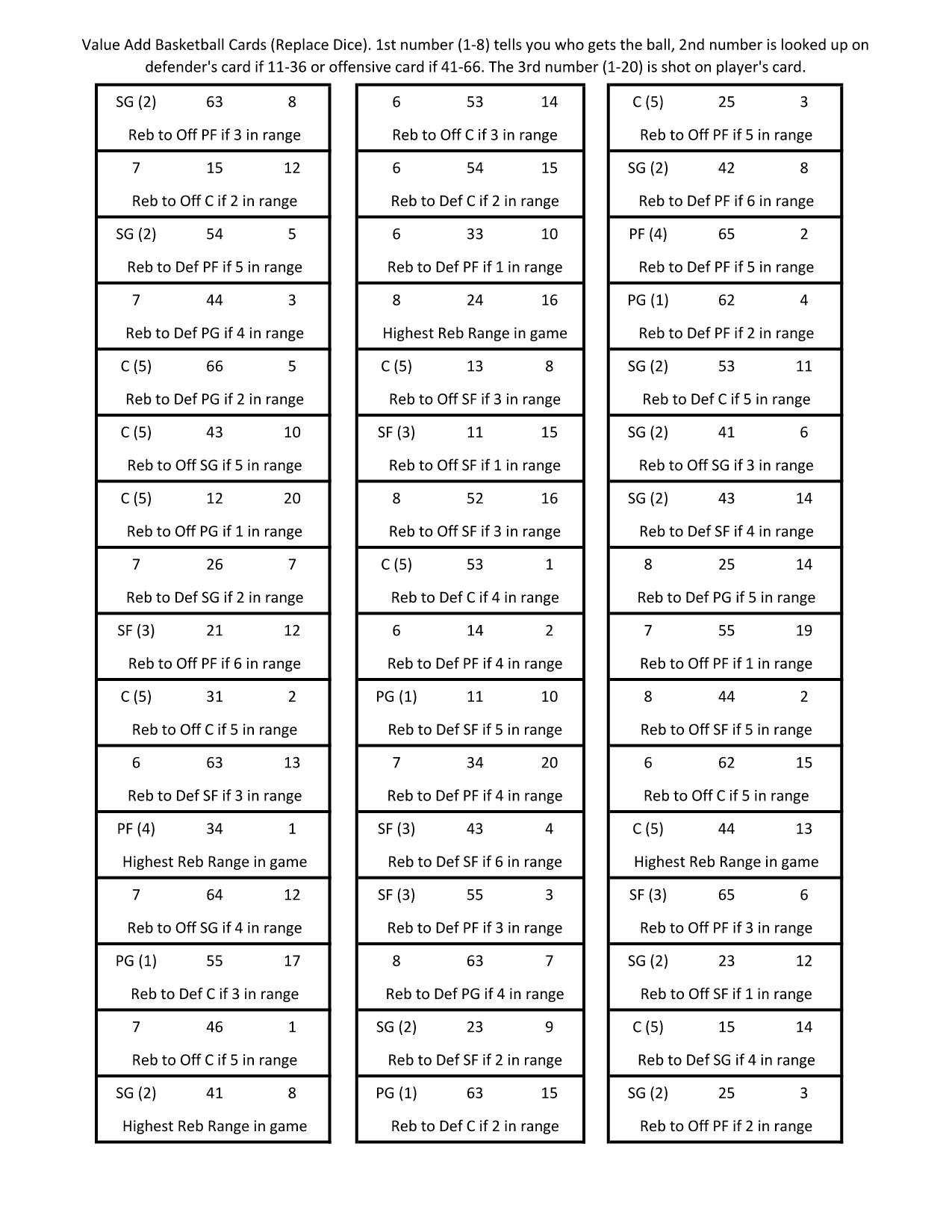 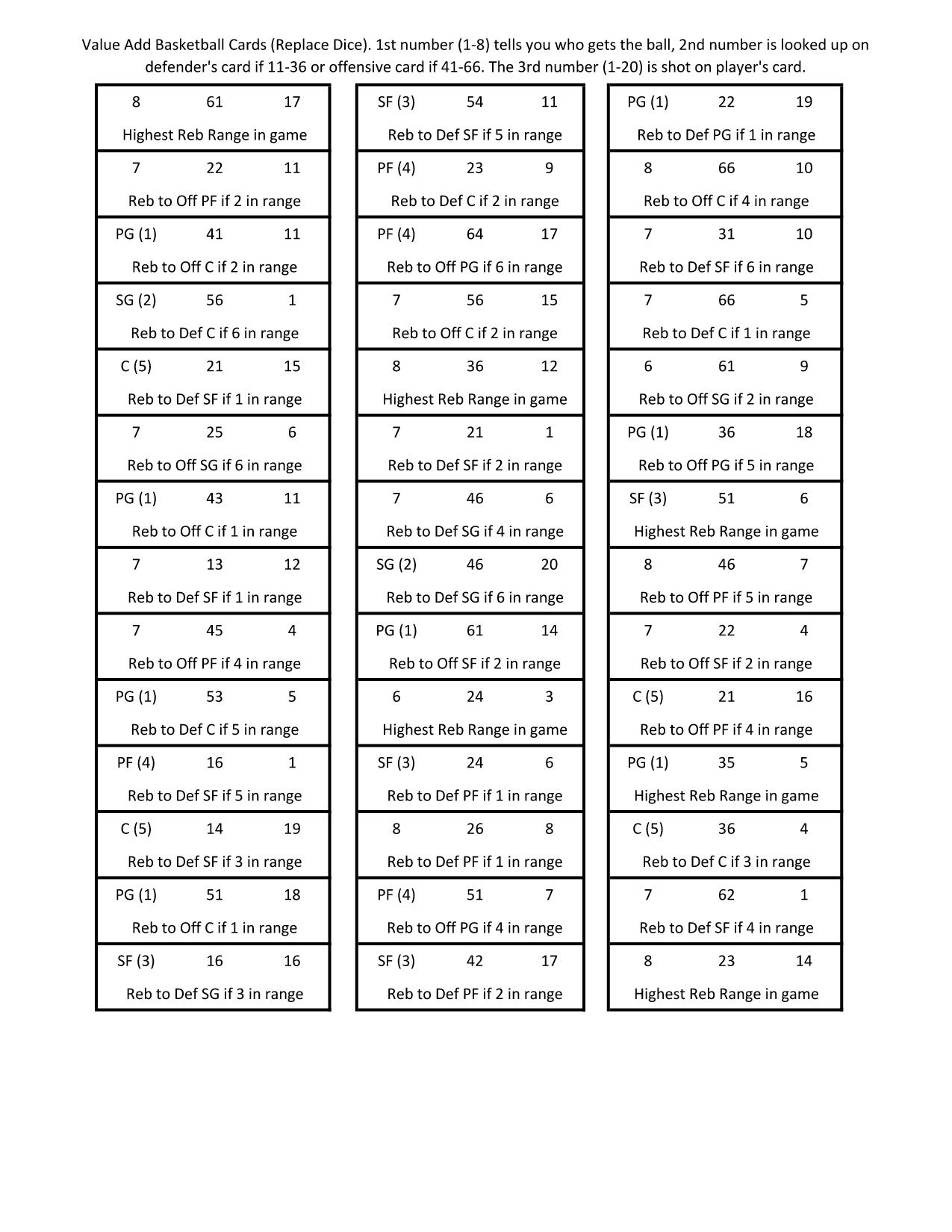 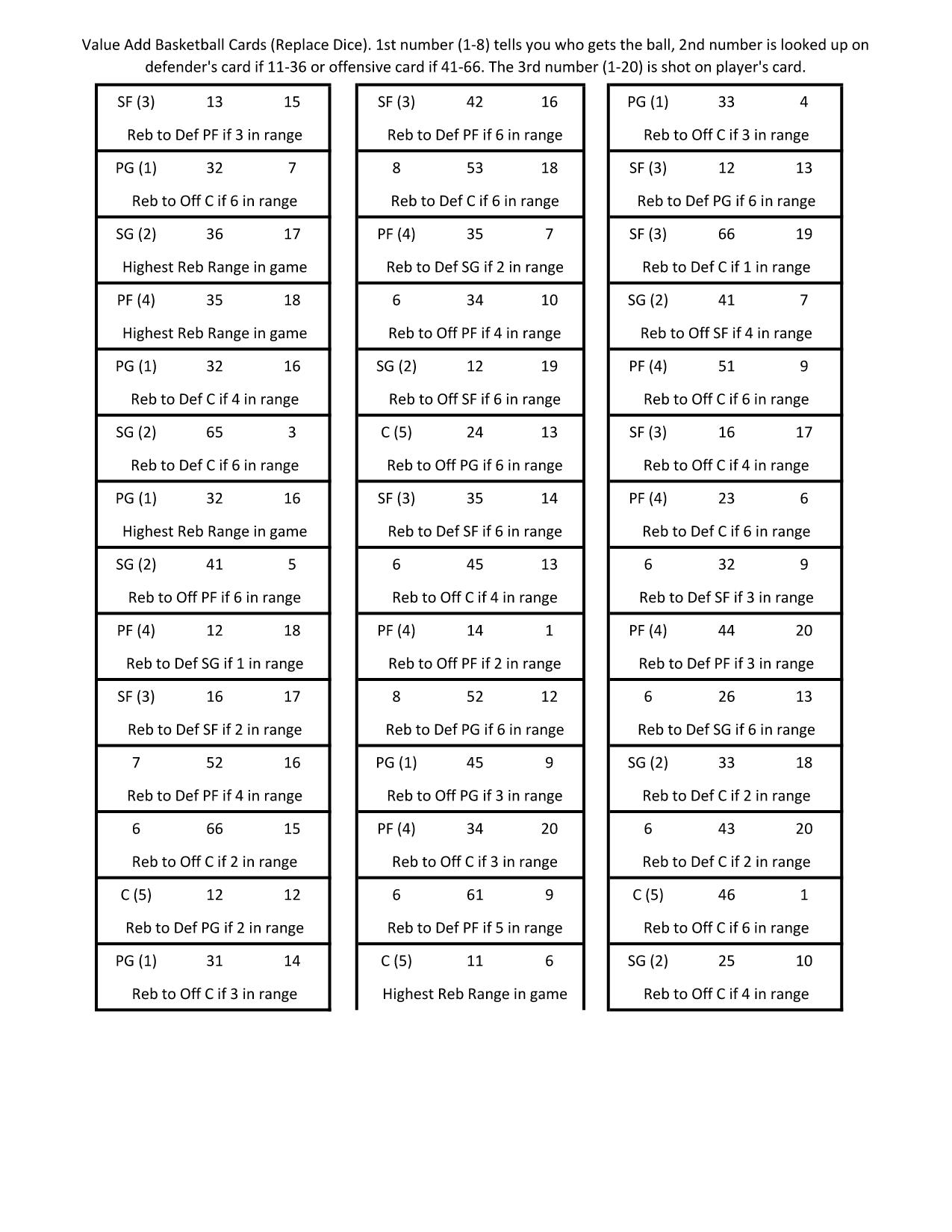 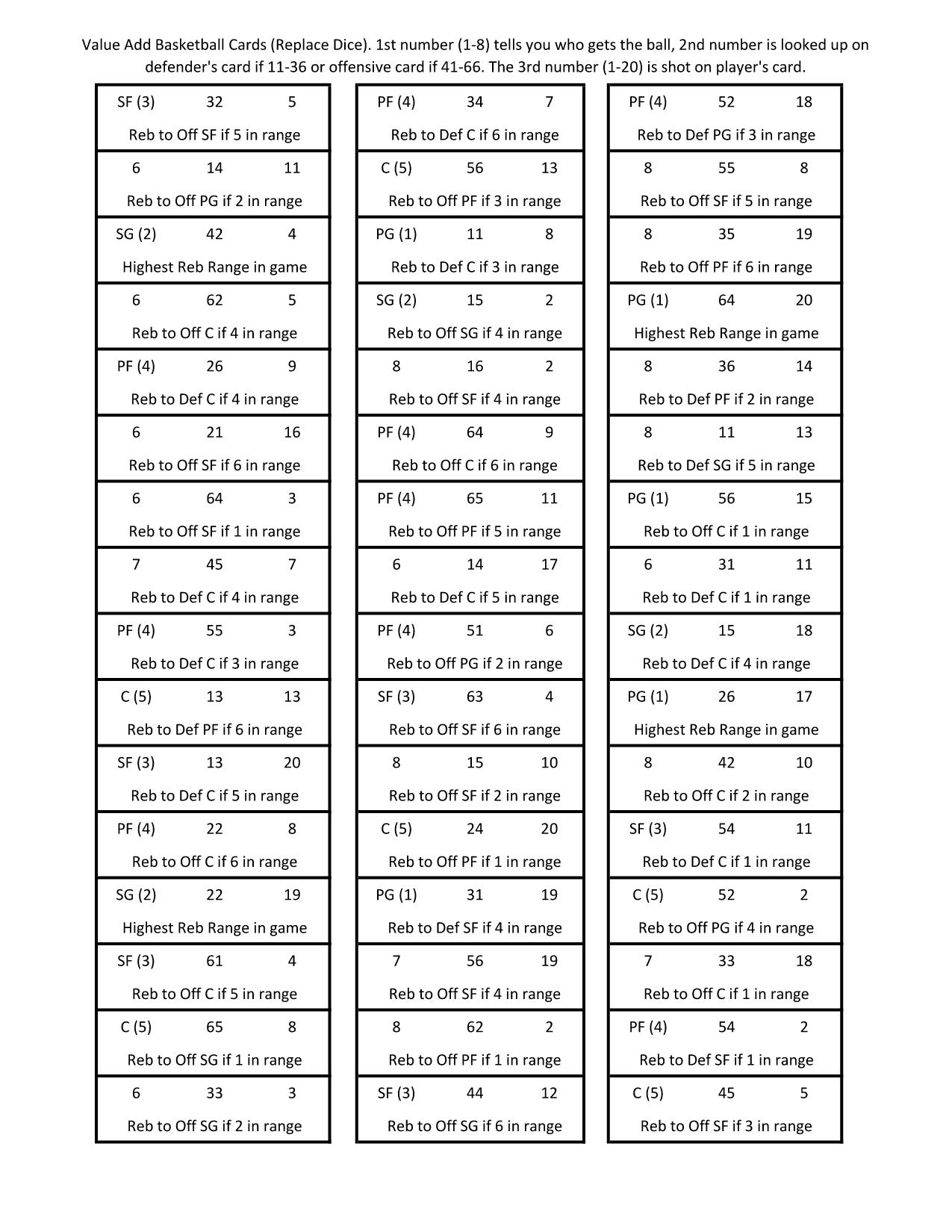 We played our first game with the 2021 Projected Cards using these 180 cards instead of dice, and the game went smoothly. In fact, we know the ratios are correct based on knowing how many of each cards are above, as opposed to dice which can be slightly weighted improperly.

We expected a battle of power forwards between Duke's Matthew Hurt (ranked as the 43rd best offensive player in the country at www.kenpom.com and Virginia's Sam Hauser listed as one of the top three transfers to sit out the 2019 season. Hurt should have chances to top his actual 25 point performance against Boston College last year now that he needs to take more shots and Hauser expected to take more shots then he did while playing alongside volume shooter and All-American Markus Howard while at Marquette.

On this night it was all Duke in the game, as Hurt went crazy for 31 points and the UVa offense stalled in a 75-57 beat down at Duke. Like actual basketball, we do find wild swings for teams, so this does not mean UVa will not compete for the title, but Duke looks very good with Hurt surrounded by some of the top freshmen in the country.

The following is a photo of the layout for that game. Because the cards have yet to be produced, we are just working on the sheets (UVa on top, Duke just below) and when doing that we suggest simply playing the bottom five players for the first seven possessions (Possession 44 to 38 on the scoresheet) and then playing the five starters for the final 37 possessions). Below the two teams is the filled in scoresheet. Off to the left is  the Ziploc bag in which we placed the 180 "raffle cards" and then the stack below it is the cards that were pulled out throughout the game. Typically there are enough cards to play an entire game, though if you every used them all due to an overtime game or a ton of offensive rebounds etc., then you can simply throw them all back in the bag and continue to draw new cards. 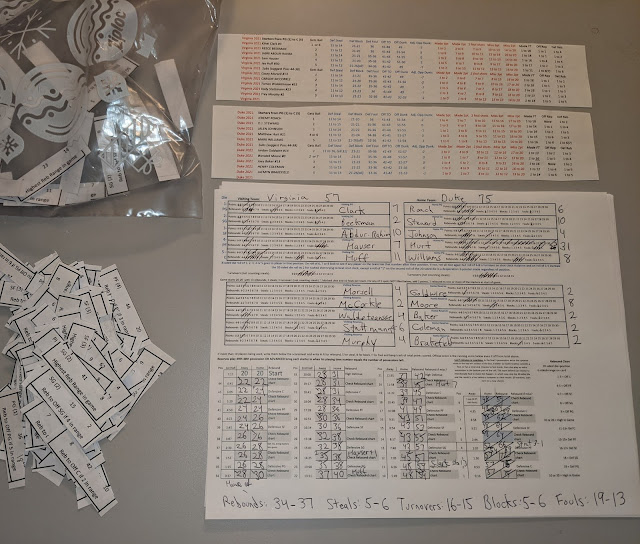 Posted by JohnPudner at 7:55 PM