After getting back after 1 a.m. from a long work day, I put on the All-Star game to watch the AL win 4-3, and played my old school Statis-Pro All-Star game at the same time.

I used the current cards, using the projected stats from before the season, and how they have played during my current season. One nice aspect of this was that Carrasco was my second pitcher for the AL on a night when he was actually cheered while watching the game with his recently discovered leukemia.  Obviously some players have actually played above their projections, and others below, so the line-ups weren't the same.

The AL won the Statis-Pro game as well, having a little easier time with two runs each off Scherzer and deGrom including a two for two night and home run from Guerrero, who we projected as an All-Star before the season, to cruise to a 5-1 win. I actually put a few all-time great cards of members of the Big Red Machine alongside Bob Gibson's cards by an old school Statis-Pro Board I used years ago with the Reds players - but obviously they were not really in teh game. 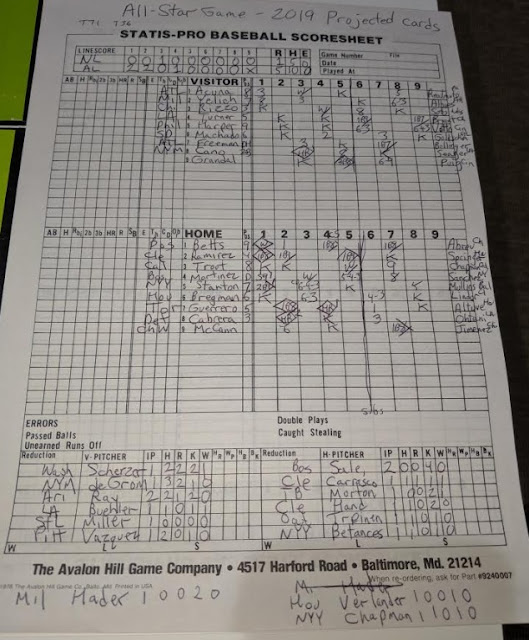 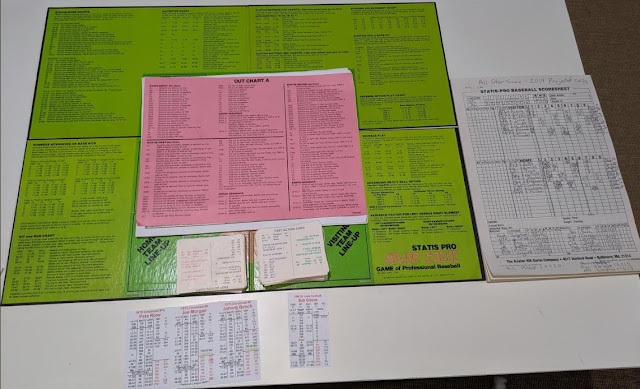 Posted by JohnPudner at 1:16 AM