We compared our 1200 Statis-Pro player cards to current stats, and found that about 1 in 12 (just over 100) were performing well above - or well below - the projected cards we gave them. In those cases we split the different between or original projections and their stats so far to come up with a compromise card and new projected OPS and ERA.

If you see and "upgrade" by a batter it means his OPS so far this year was at least 0.080 points higher than our projected card, so we added a HR number which ups his card OPS by 0.40. An "upgrade 2x" means had an ops of .160 higher than we projected so we added 2 HRs on his card to up him .080, and an upgrade 3.0 means we added 3 HRs to make his projected card result .120 higher. A downgrade likewise takes away a homer and lowers the card ops by 0.040.

If you've already printed out the team sheets, you can just look at the players on a given team below to make the quick adjustment to the last HR number or to the PB. If you go to the link and print them now, these players are all updated to reflect below. The Rockies Desmond was the first to benefit on an Random Number of 31 on his new HR 24-31 range that was the difference in an 8-7 win (all game logs here). 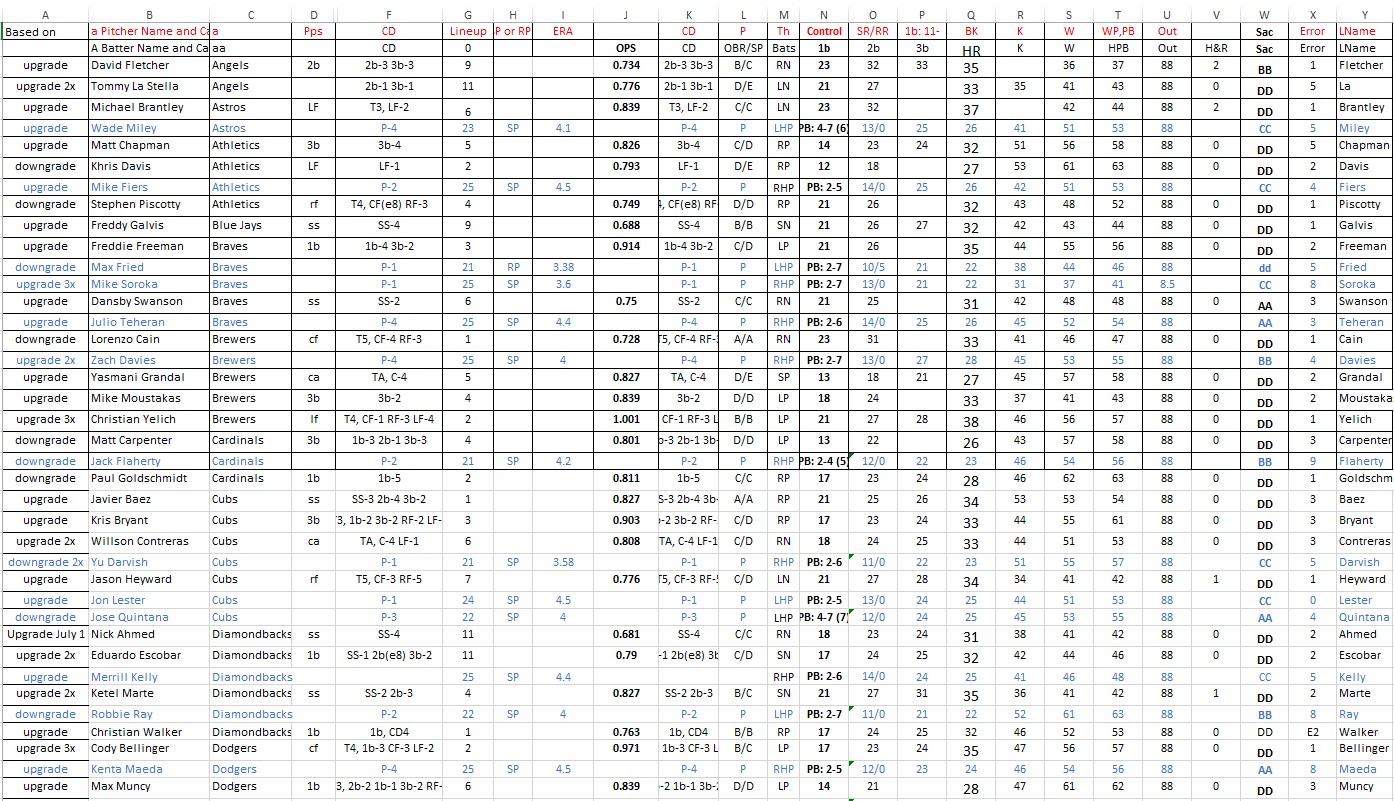 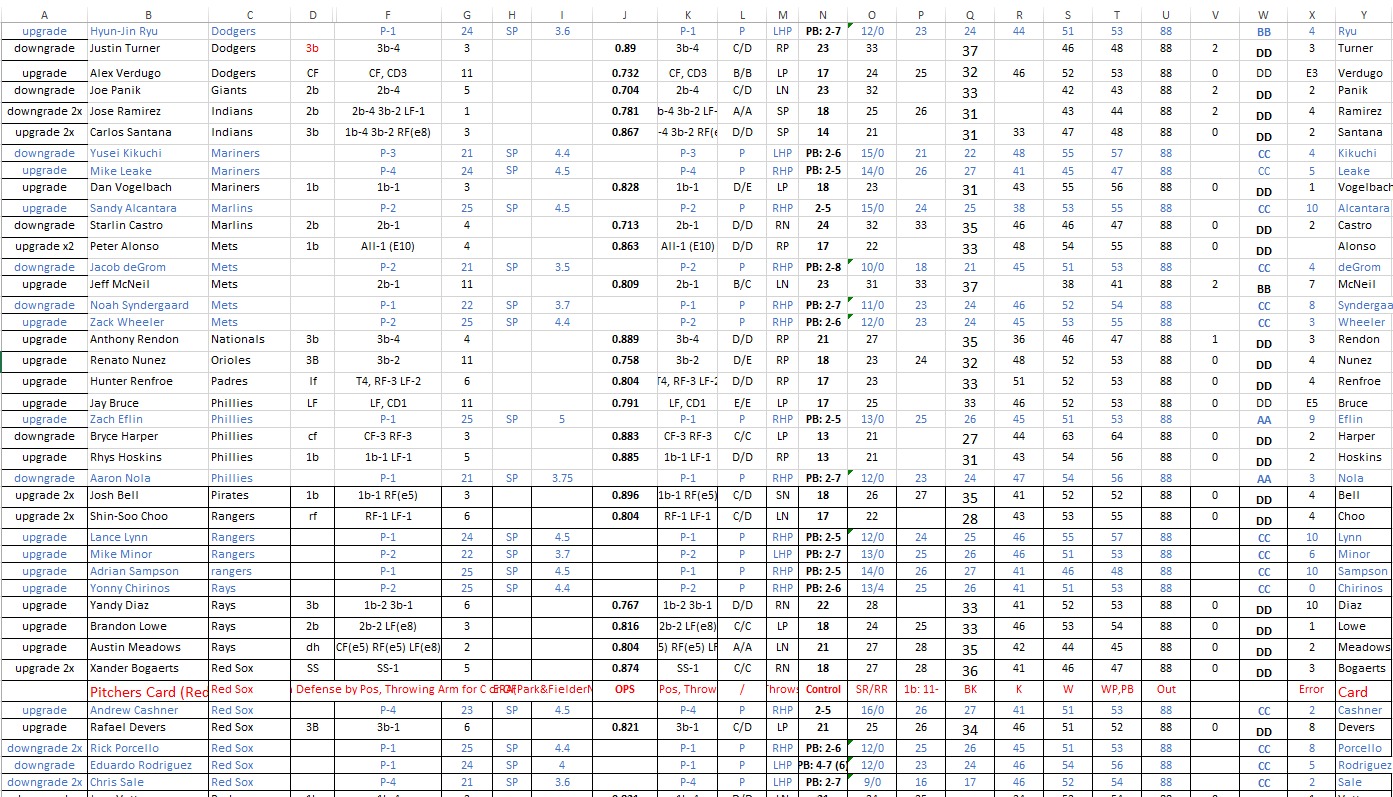