We recorded every dice roll of the NIT championship game between Minnesota and Xavier below to give examples of every possible combination. We also recorded these rolls on this google sheet, which also has notes by various rolls to explain the result. We also kept a detailed box score for this game and put it at the bottom of the blog in case you want to review line by line.

The one result that did not occur in the game was an offensive foul, which can happen on a 43 or 46 if the play is a turnover. A 43 was rolled once, but Minnesota's Marcus Carr is one of the few point guards in the country who would not be called for an offensive foul as his turnover range is 41-42. A 46 was rolled three times, but Xavier's Paul Scruggs (41-45 turnovers) , Jason Carter (41-44), and Zach Freeman (41-41) do not turn the ball over on a 46 and since it is not a turnover it is not an offensive foul. 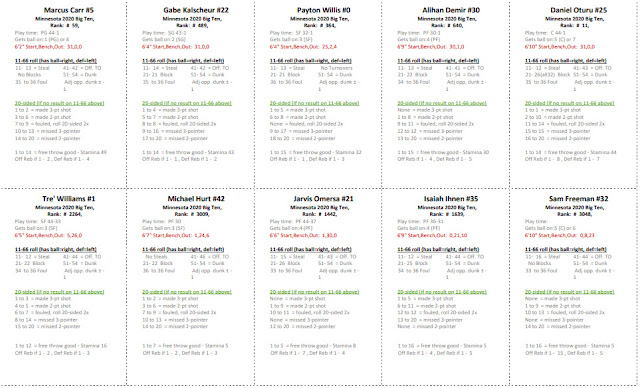 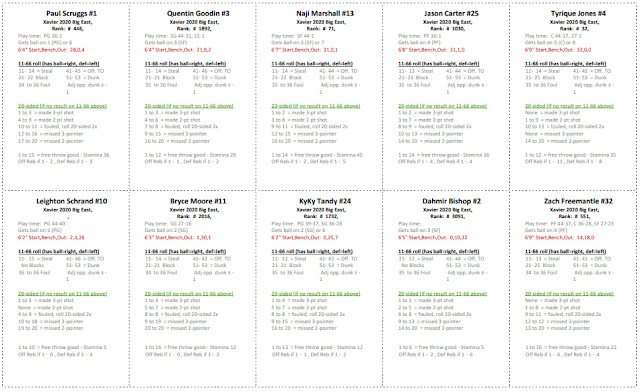 Here is every dice roll of the game.

And here is the final box score. We normally keep a much more simple box score, but did this for extra detail. 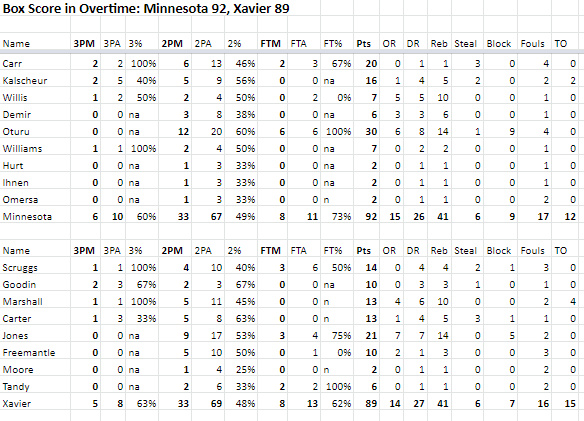 Posted by JohnPudner at 7:55 AM