My Big Ten replay season started with my first game-winning buzzer beater between two teams that deserved a National Champion but both ran into hot Tobacco Road teams in the Nation Championship.

Frank Kaminsky, from the 2015 Wisconsin team with the most impressive win of the century over Kentucky, scored with 37 seconds left to give Wisconsin a 68-67 lead. Deron Williams, whose 2005 Illinois team that went 37-2 with only a regular season ending one point loss at Ohio State and a 75-70 loss to an NBA loaded and hot UNC team for the title, then put up a 3-point buzzer beater to give the Illini the 71-69 win.

The first photo is the entire setup of the game, followed by a zoomed in photo of the scoresheet where we track the game. 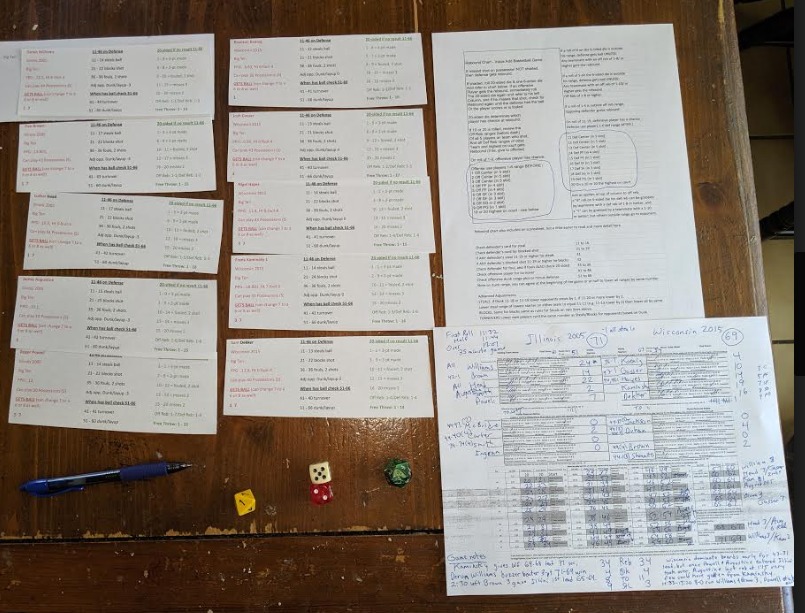 Here is the closeup of the scoresheet. Playing advanced rules we play each player as many possessions as they can (e.g. Williams plays "all" 44 possessions while Brown skips the first two possessions to play the 42nd down to the 1st possession). If we were playing Simple rules then all reserves would play the first column, then all starters would play the second three columns where we keep the running score. We often write some highlights at the bottom, and give each players total points after adding each player's proportional points from the 20-20 tie and we add 50% to all steals, turnover, and rebounds total to account for the beginning of the game. 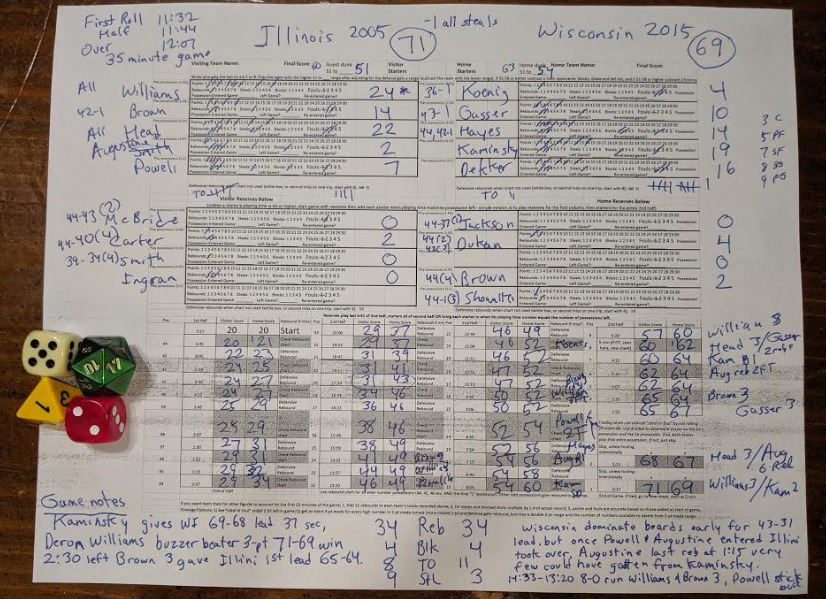 We plan a round robin of the Big Ten and the other five 7-team conferences to determine the Big Ten 21st Century champion. Michigan State's 2000 National Championship was the last year of the 20th Century.

Posted by JohnPudner at 1:04 PM