South Region: The Upset Bracket Leaves the SEC and the 5- 6- and 7-seeded Conference

Scroll down for results and score sheets for the Sweet 16 and Elite 8 games in the South. To see the Final 4 results click here and scroll to the bottom for how to play your own games for free.

The run Lipscomb made to the NIT title game and the stunning upset Liberty pulled off in the opening round of the NCAA was good evidence that the ASun might make a run in the game. The All-Conference team pulled off an upset in the one bracket that featured three upsets in the first four games. The ASun, which features four of five starters and six of 10 overall players from those two schools, rallied to beat the Colonial and get a chance to play the SEC for the South Title and a Final Four appearance. 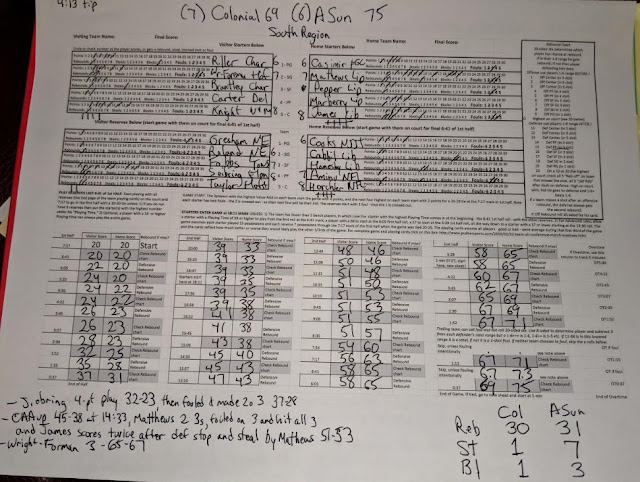 The SEC rolled up the biggest victory margin of any team in the first 25 games of the tournament with the 36-point win over the Big South to set up a game with the ASun. the winner is South Region champion and goes to the Final Four. 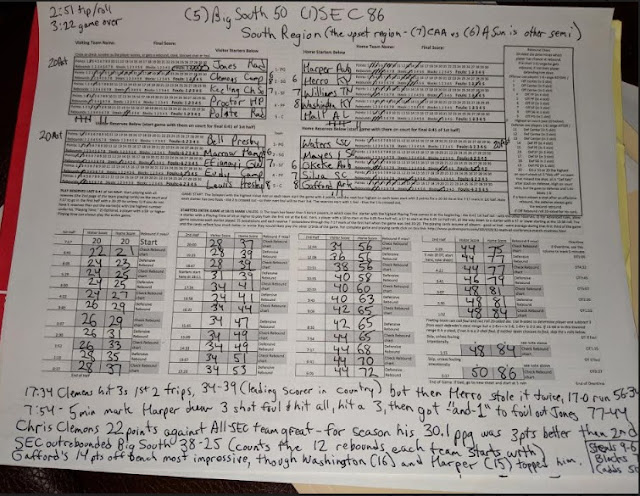 A Lipscomb team that was snuffed for the NCAA tournament, took it out on NC State, Wichita State and Davidson in the NIT to make it all the way to the title game against Texas - another team which should have been in the tournament. The Liberty team that beat them for the ASun title shocked Mississippi State and then led Virginia Tech before finally falling.

Three players from each team combined in our game on the ASun All-Star team which combined lots of great three-point shooting with a Liberty's dominant center James underneath to have just enough for an upset of the 1-seed SEC for the South Region Title and a Final Four performance. 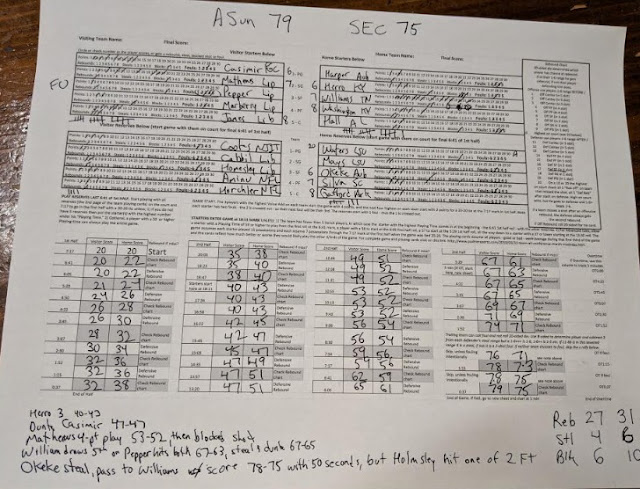 Posted by JohnPudner at 9:45 PM