The following is the play-by-play of the 2020 Statis-Pro All-Star Game. The inning is always listed down the left column, then the position and player, then the result of the play for personnel change.

While we don't sell anything, you can order your own playing cards and game by clicking here - we just shifted to these cards which are pictured.at the top of each game. Updates on our regular season are here - where the Rays just upset the Astros to move within a game of the Yankees for the AL East and ahead of the A's for the top wildcard spot.

The American League put speed on the bases early, getting three fast baserunners into scoring position in the first four innings - but they failed to score the the National League eventually won the Statis-Pro All-Star game 3-0 with two home runs.

The second batter of the game, White Sox Cuban rookie Luis Robert drove a triple into centerfield, to threaten to score early. The NL infield was drawn in, and Cavan Biggio's grounder to second baseman Ketel Martel was fired home to nail Robert. The AL kept the pressure up immediately when Biggio then stole second base but Ramirez fouled out to the catcher.

Biggio then led off the fourth inning with a single to leftfield, stole second, and went to third on a grounder to third base to again put the potential go-ahead run 90 feet away with one out. Howeve,r Kepler and Iglesias popped out to end the threat.

MVP Suarez homered in the bottom of the fourth inning, then in the eight inning Bell provided insurance with a 2-run homer for the final 3-0 margin.


The set up for the NL Commissioner to sit on the left with his team, and the AL Commissioner on the right for his team is in place. This will be the final game with this design of cards as the AL will move to new projected cards for the second half of the season. 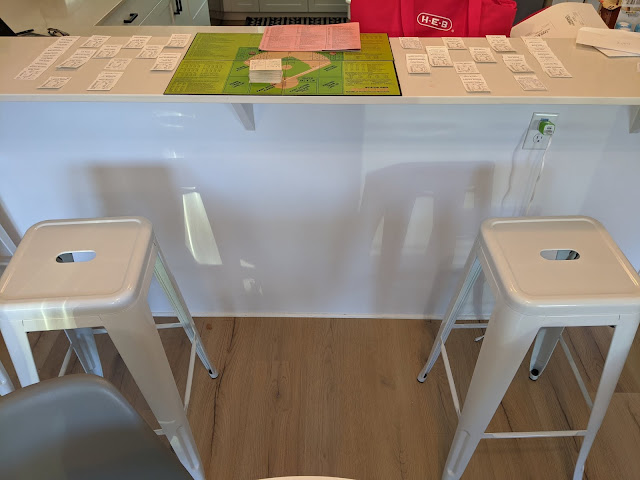 A closer shot of the NL team features the bullpen on the left, then the starters on top with reserves at their position under them. 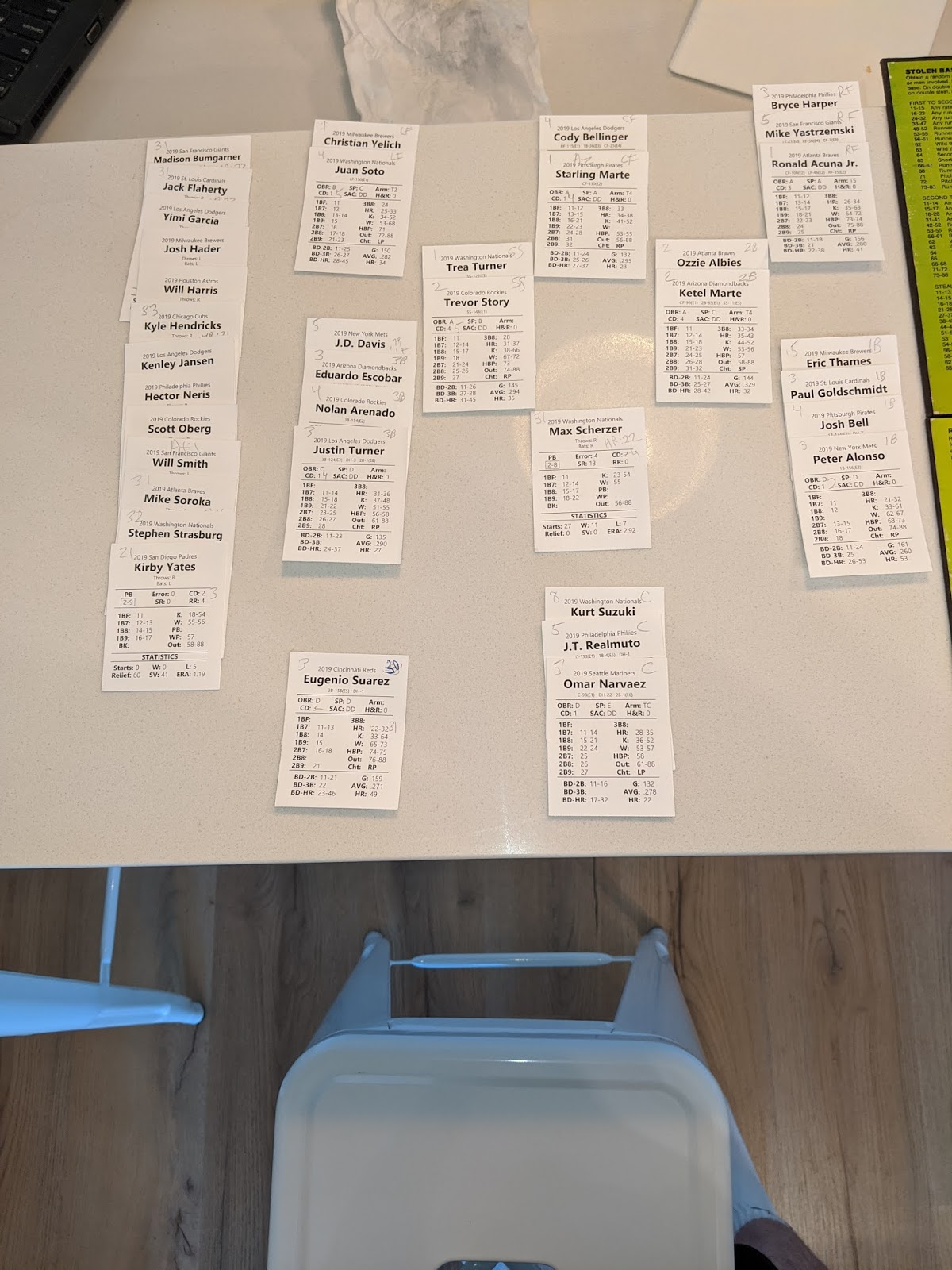 Likewise the closer shot of the AL player cards. HEB, one if the Astros top TV sponsors, features a bag behind the AL team. 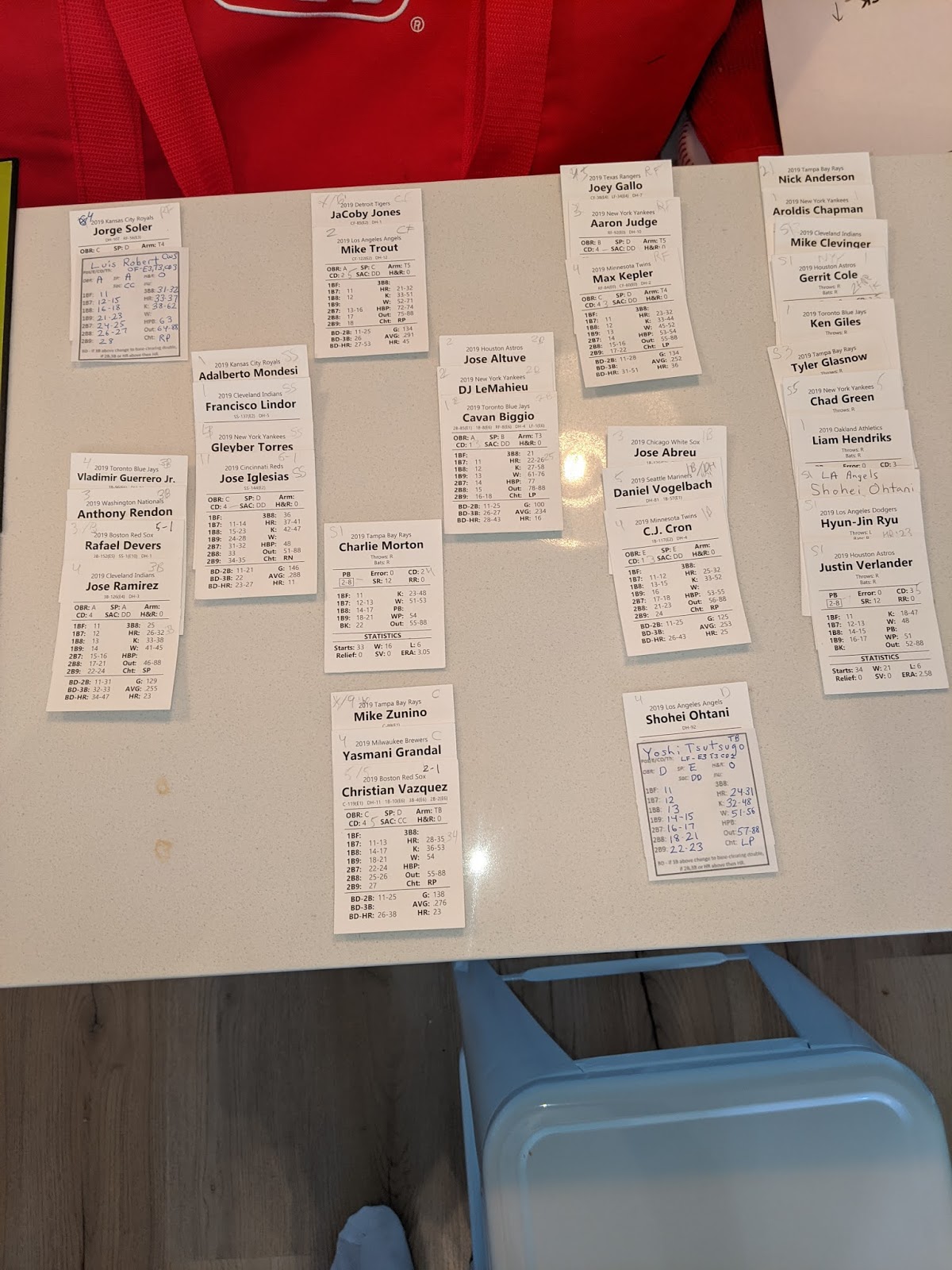 Results once the game is complete!

Posted by JohnPudner at 7:26 PM