To make it easier to find the results for your favorite team, the bottom of this blog features an index of all 96 great teams in alphabetical order, with a line for each game they played, and their team's leader in points, rebounds, steals and blocked shots during that game. First, we list the best performances to date in each of those categories.  (Click here for the free game and all player cards)

The shootout between Purdue 1969 and Oklahoma 1985 produced the two biggest scoring performances through 75 tournament games. Mount scored 33 for Purdue, but Tisdale topped him with 35 for Oklahoma. Arizona 1997's Bibby put up 32 against the weakest defense in the tournament, Maravich's 1970 LSU squad. Here are the top 15 scorers.


Jack of Georgia Tech 2004 and Coverdale of Indiana 2002 both plucked 8 steals from opponents.


Wilt Chamberlain blocked 8 shots in a losing effort against Elvin Hayes and Houston, while Gola for La Salle 1954 is the only other player with at least 6.


As mentioned, Tim Duncan's upset of Kentucky 67-64 is the biggest upset of the tournament so far, with Wake Forest given only a 27% chance of winning. Two SEC teams were the next big upset winners, with Dominique Wilkins leading Georgia past the first dynasty in Oklahoma A&M (later Oklahoma State) from 1946 and Auburn's 2019 at full strength with Chuma Okeke upsetting Florida 2006. Through 75 tournament games, here are the other upsets.


Memphis 2008 blowout of Louisville by 30 was the most lopsided win of the great teams. Elvin Hayes demolished Kansas' despite Wilt Chamberlain, and Bobby Knight's 1976 Indiana team put it to the Indiana Final Four team from right after Knight was let go.


That Indiana blowout was the best defensive performance with only 49 points allowed, but no surprise the 2019 Virginia was right behind them as well as Gonzaga shutting down the second oldest team in the tourney in George Mikan's 1945 DePaul team in a close defensive struggle. New: Magic Johnson's 1979 Michigan State just defeated Wisconsin 2015 by a 68-54 to tie for the 6th best defensive performance.


On the flip side, King helped lead Tennessee to a 90-79 shootout over Texas, the highest scoring offensive performance. In overtime games, we do list the score after regulation and add one point for the winner in overtime to give a more realistic picture of the game being close.


Index of All 96 Teams - With Game-High Points, Rebounds, Blocks and Steals


The following is an index of the game played by each of the 96 great teams in the tournament so you can find your favorite team without looking through all the brackets. 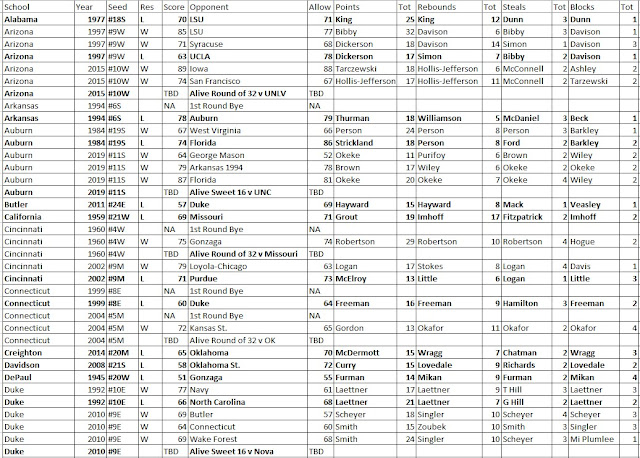 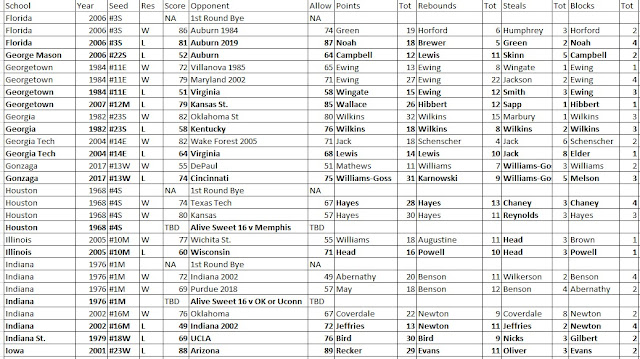 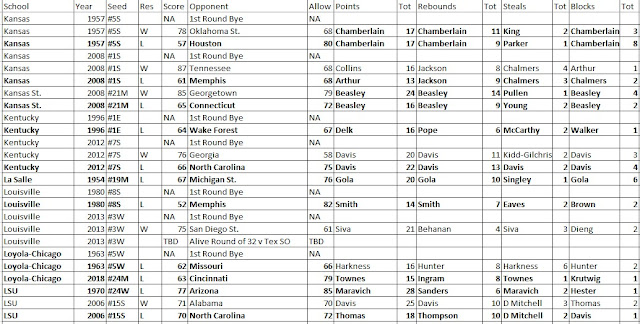 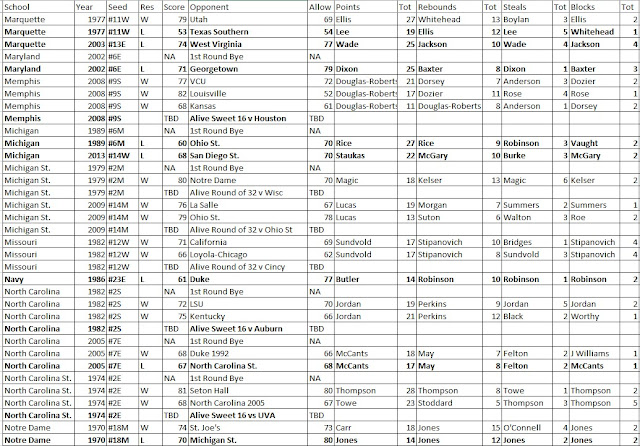 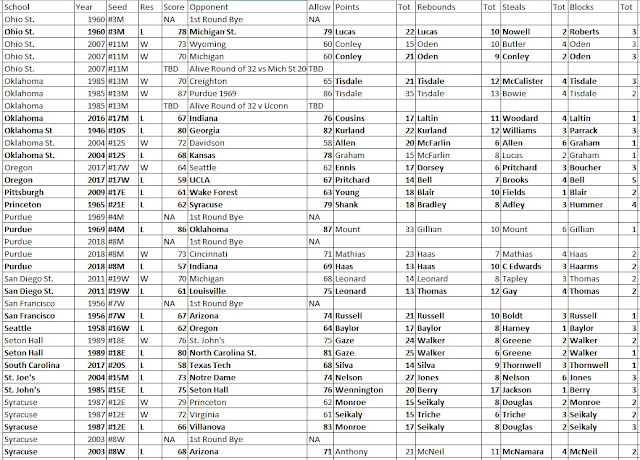 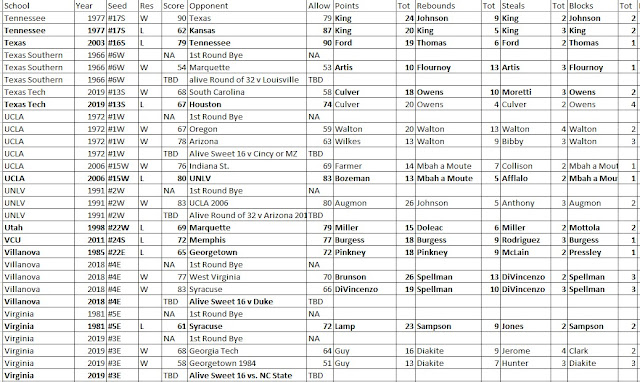 Posted by JohnPudner at 6:35 PM