If you want to get the 2017 Statis Pro player cards on EBay below are free copies of the cards for new players who did not bat at least 50 times or pitch 20 innings last year. The following are the top 20 new players based on these cards;

Below we show the cards of all new players getting substantial playing time, based on the projections for their entire season. The formulas to calculate the batting, pitching and fielding will be maintained on this link.

Ohtani ranks 1st overall, because he is also the best pitcher on the new players, while Torres comes in second because his Speed rating (SP: A on a scale of AA-E) is an advantage over Austin.

While Ohtani most of the pitchers in the top 20 have a PB of 2-8, meaning they are in the top 15% of all pitchers based on ERA, Tampa Bay's Kittredge ranks 5th overall with a PB2-7 (meaning top 45% of all pitchers) but actually more valuable because he is a starting pitcher which typically has just a PB2-6 so he well above average for a starter and can face many more batters than the PB2-8 relievers in the leaders list who can usually only pitch an inning or so. (the best 5% of all pitchers have a PB of 2-9, while the worst have a PB of 2-5, and this number is used on a card flip or dice roll adding up to 2 to 12 to determine if the pitcher stays "in control" or leaves it outside the range to the hitter faced has a chance to drive the ball).

The A's Fowler comes in 5th even though his bat (28-33) is just above average and not quite as good as the batters behind him. This is because he is one of only a couple of players in baseball with a Speed (SP) AA, meaning he swipes bases at will. He is also one of the select players with a Clutch Defense (CD) of 4 (CD1 is below average, CD2 is average and CD3 is good, but CD4 is a player typically considered for a gold glove).

The other fielding component for all players is their Error (E) rating from E0 (which means they never make an error) to E10 (meaning they make an error at least 1 out of every 10 times a ball is hit to them. 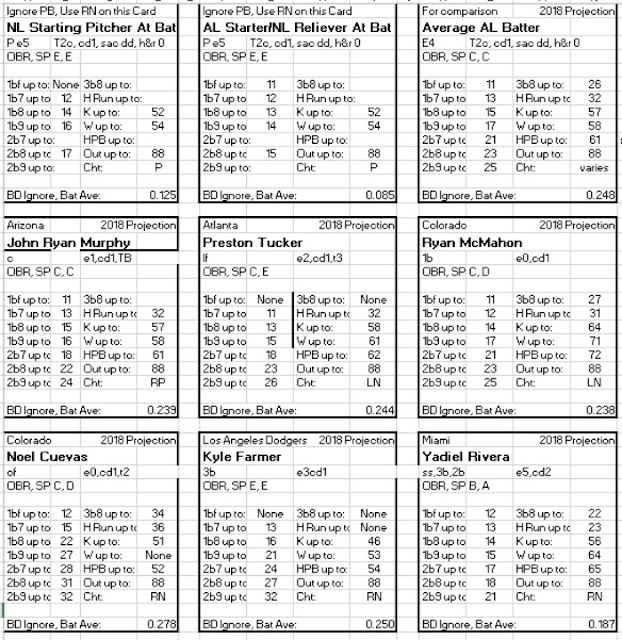 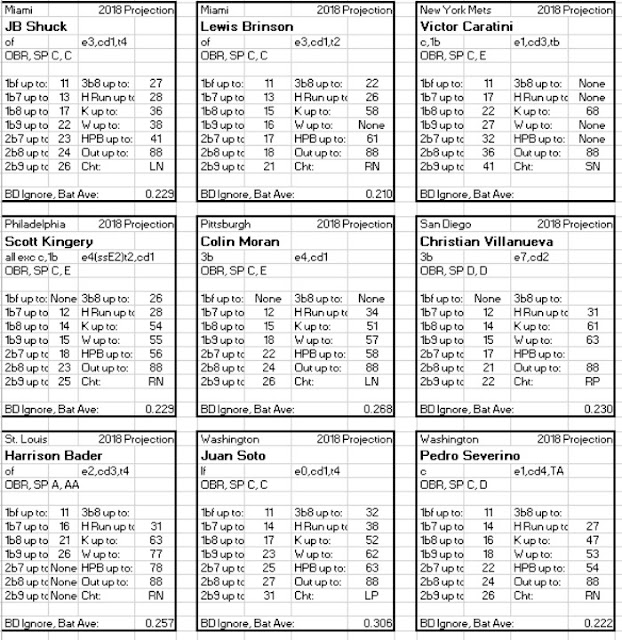 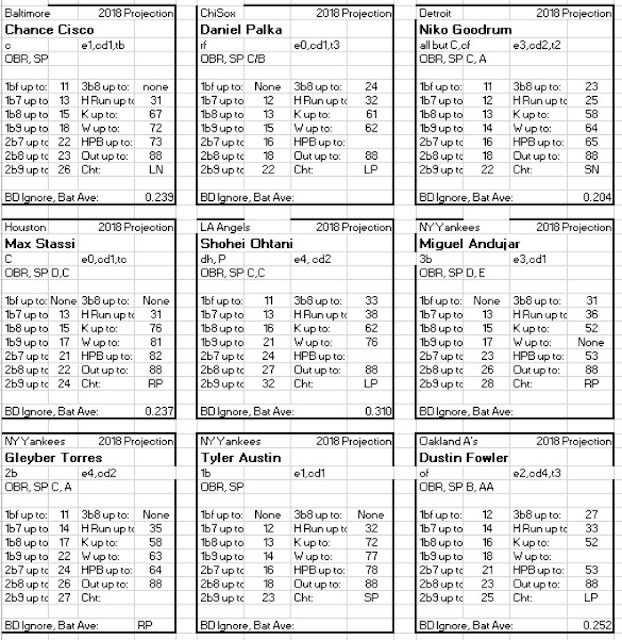 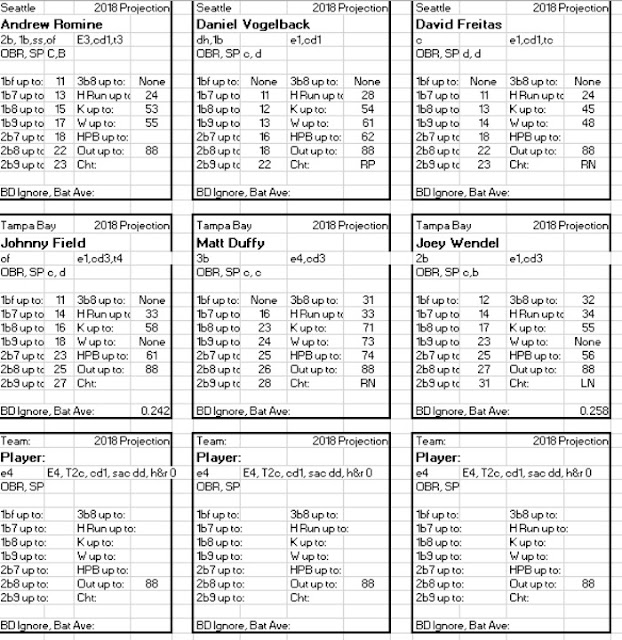 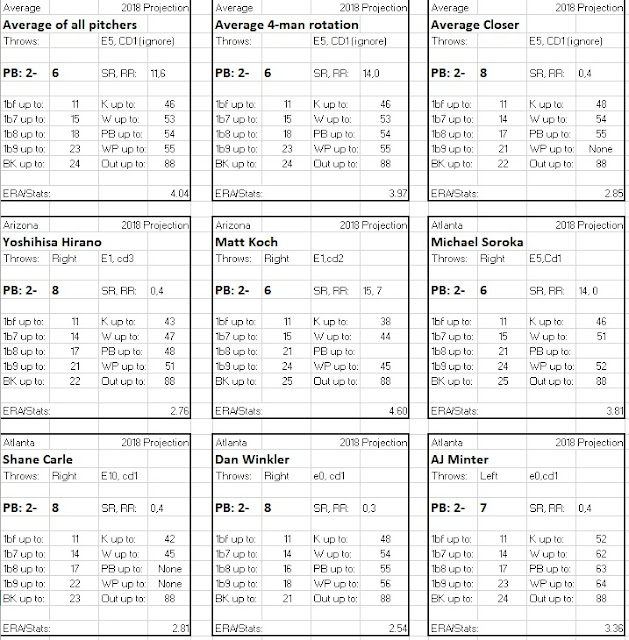 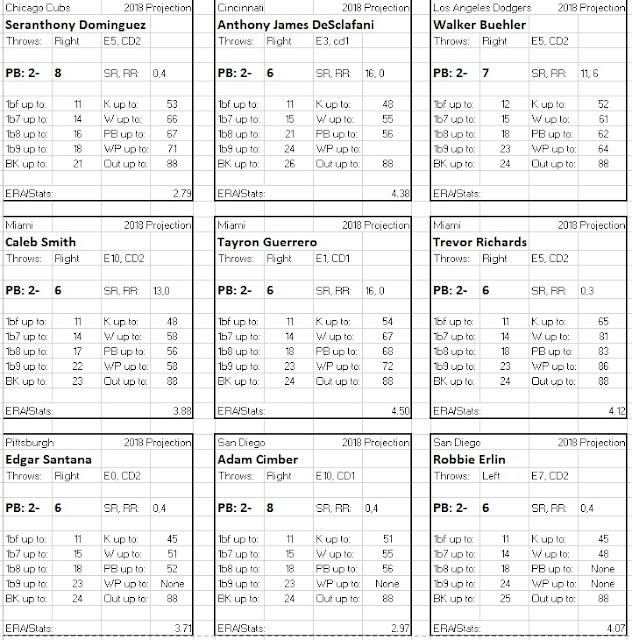 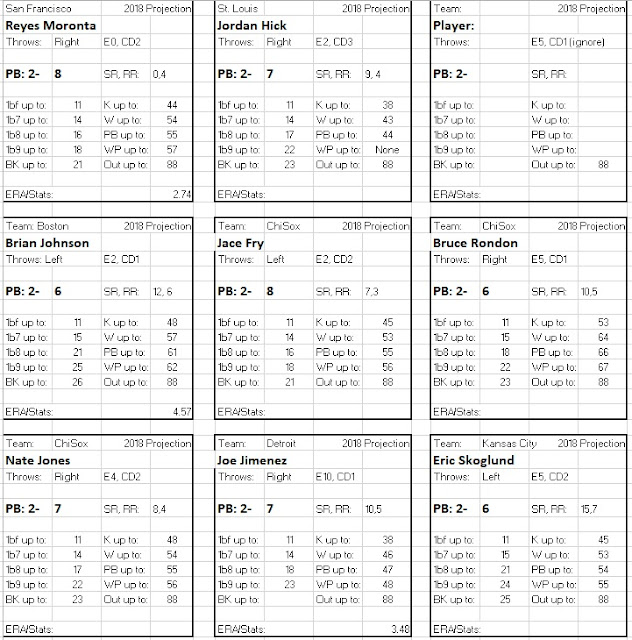 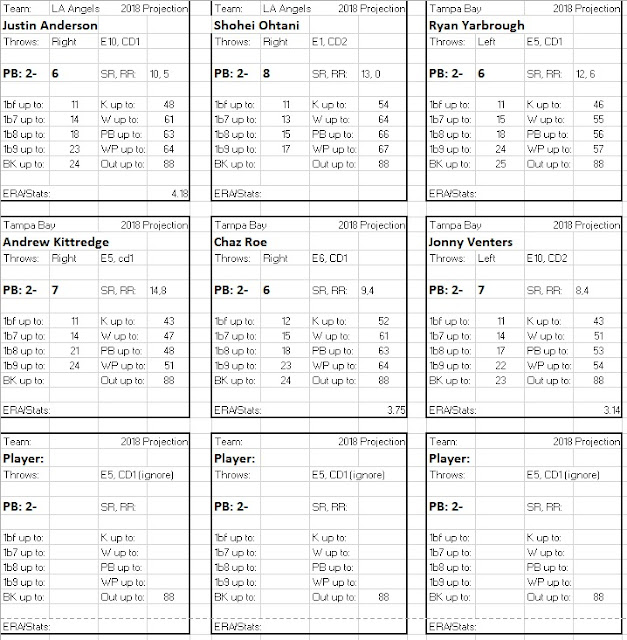