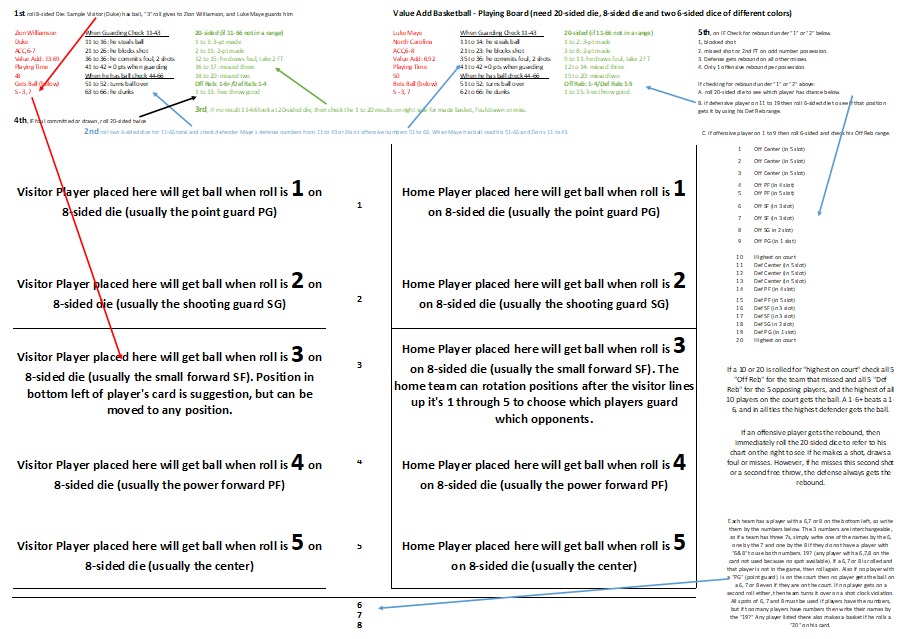 This blog allows you to play a college Value Add Basketball game with just four dice. As the notes outline below, the 8-sided die determines who gets the basketball (see green), two 6-sided dice of different colors give a result of 11-66 to match the player with the ball with the opposing defender to see if a turnover, foul or blocked shots occurs, and if none of that happens then the 20-sided die determines if the player makes a shot or is fouled attempting one. More detailed instructions are being written here in case you cannot make out or follow the quick start below.

The flow of play is listed in the chart below, but everything in this game board chart is also typed at the bottom of the blog in case you can not read from your view of this blog or printing out the page. 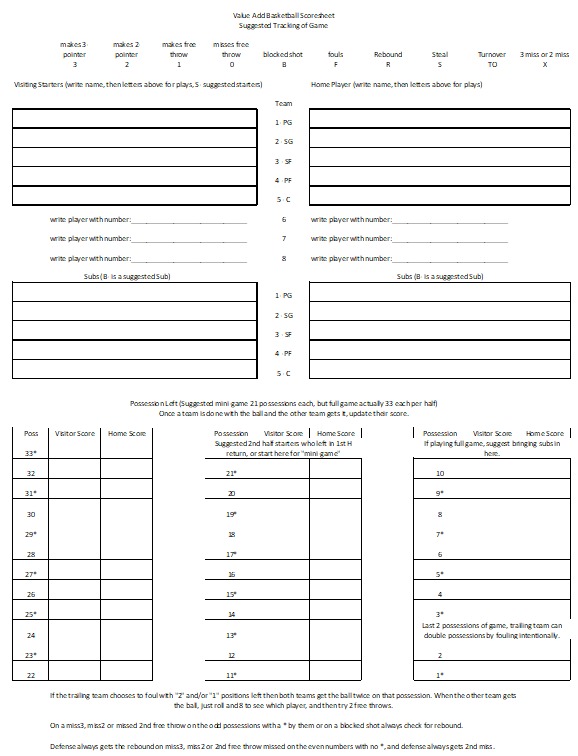 xx
The following cards are the starters for UNC and Duke, and an entire game can be played with them with both teams at full strength unlike when Zion Williamson was injured. If you would like to play the game using the key Duke and UNC subs or play games between other teams, we have started to produce them here, with the top conference leaders right now in Virginia (ACC), Michigan State (Big Ten), Kansas State (Big 12), Marquette (Big East) and the nations current No. 1 team Gonzaga. Click here for those teams.

First, the suggested scoresheet to easily track a game appears, then the starters for Duke and UNC below that. 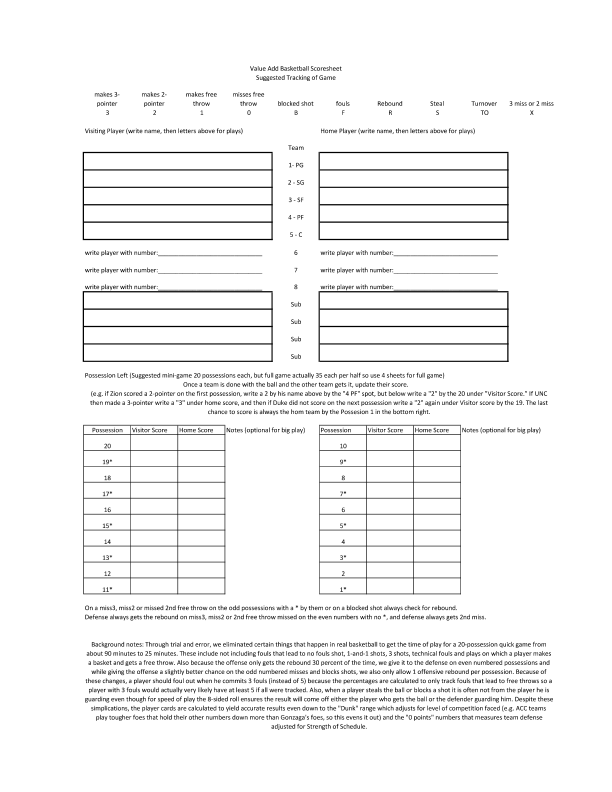 In case you can not read the directions at the top, they are being added here:


1.       Which player gets the ball? Duke ball - if 8-sided die = 4 then look on the bottom of each Duke player's card and the number "4" is on Power Forward Zion Williamson's card so he has the ball. When a sub enters the game the number of his position (1=PG etc.)

5.       If Duke misses and rebound chance to offensive PF then use Zion's 1st number, if to defensive PF go to May's 2nd number.