Click here for the new and improved instructions and new 609 pitcher and 619 batter player cards now.

As reported in September, the Rays not only won our AL Statis-Pro season, but then swept the Astros in our ALDS.

The Dodgers made the NLDS Statis-Pro series to face the one surprise team - the Cincinnati Reds,.leaving the Atlanta Braves as the only team to make the actual MLB final four but not make it in Sratis-Pro. The Sunday afternoon before the actual National League Game 7 was played between the real Dodgers and Braves, the Statis-Pro Dodgers beat the Reds in Game 7 to advance to the Statis-pro world series against the Rays.

The following is the Reds vs. Dodgers series followed by the recap of other playoffs including Rays sweep of Astros

Could the Reds' magic continue? Nick Castellanos drives in three and helps build a 3-1 lead in the 8th. But the Dodgers scratch out 2 runs to tie it. In the bottom 9th, Max Muncy with the clutch walk-off double wins it for LA 4-3. A crushing bullpen collapse for the underdog Reds.

Another walk-off finish. Reds' bullpen fails again, as Amir Garrett (loser in game 1) enters a 3-3 game in 8th. Promptly walks 4 in a row and two eventually score, Dodgers lead 5-3 going to 9th. Not to be outdone Kenley Jansen gives up a 1B & 3B, making it 5-4. With the infield in, one groundout can't tie it. But Nick Castellanos ends it with a walk-off 2-run HR. Reds win 6-5. Cincinnati leads series 2-1.

Dodgers needed a great start to stay out of that bullpen and they got it from Walker Buehler. In one stretch he fanned eight Reds in a row. His line: 9 IP, 4 H, R, 0 BB, 12K. Justin Turner and Will Smith had solo HR's. LA wins 3-1. Series tied 2-2.

Reds' offense picking a bad time to disappear. This time Julio Urias tosses 7-shutout innings. Max Muncy hits a pair of 2-run HR's as the Dodgers cruise 5-0. LA leads series 3-2. In the elimination game Wade Miley tries to extend the Reds season while Dustin May tries to clinch it for the Dodgers.

Wade Miley throws 6 scoreless innings. Eugenio Suarez & Jesse Winker smack HR's and Reds take 6-0 lead to 9th. In an all-time strategic blunder the Reds manager tries to save top relievers for game 7. Three hits and two walks later it is 6-3 Reds. With 2 on & 2 outs, Cody Bellinger slams a 3-run HR to tie it 6-6. But Mr. Clutch Nick Castellanos rips an RBI double in the 11th, and Raisel Iglesias closes it for a Cincinnati 7-6 win in 11 innings. (saving the manager's job) Series tied 3-3. Game 7 showdown will be Clayton Kershaw vs. Trevor Bauer.

Clayton Kershaw pretended it was the regular season and threw 7 strong innings. Trevor Bauer picked a bad day for a poor start. Six walks doomed him, and Cody Bellinger and Joc Pederson belted HR's to make him pay. LA wins it 6-2, and the Dodgers take the series 4-3.  It will be Rays and Dodgers in the 2020 Statis-Pro World Series.

e look forward to putting out 2021 Statis-pro projected cards out once the real season ends, but we are down to the NLCS and ALCS Statis-pro using the current cards. If you do not own a Statis-pro baseball game you can try it by clicking on the free version and the so e preliminary 2020 projected player cards and score sheet for each of the 30 teams.

With the Statis-Pro Final Four set as the Astros, Dodgers, Rays and Reds, either two or three teams will match-up with the actual MLB Final Four. If the Rays defeat the Yankees tonight (first pitch just half hour away as we type this) then three of the four teams will match. If the Yankees win tonight, then they will make the actual MLB after blowing leads of 2 games to none and 3 games to 1 against the Astros in Statis-Pro.

Either way, the Cincinnati Reds are the one team we know will be a surprise, playing in Statis-Pro much like they did in winning 11 of their last 14 games in the actual MLB season to make it to the playoffs.

NLCS coming soon - Nats or Reds will face the Cubs or Dodgers once those series conclude.

NLCS set as Dodgers vs Reds.

We use cards for all players on rosters including players who skipped the season due to Covid-19. However, if a player is injured for the season the AL removes the card - and after Verlander lost input Game 1 below we also learned he would not ouch Game 5 in Statis-pro because he is now out for the season for Tommy John surgery.

ALCS Game 1 - Rays 13, Astros 6. The game 2 pitching duel happened after the Game 1 Verlander-Snell pitching duel never happened - with a final of Tampa 13, Houston 6. Both starters were knocked out before retiring an out in the 5th. Martinez and Arozareno combined for a 7 of 10 game after only playing due to kiermaier and Tsutgago colliding in the top of the second inning to allow an RBI double by Gurriel. Overall the Rays had 18 hits in Game 1.

ALCS Game 2 - Rays 1, Astros 0. Charlie Morton and Lance McCullers faced off in an epic pitchers duel. The game was scoreless until pinch runner Margot raced home on a walk off double by Renfroe. The run off closer Pressly was unearned, Maldano's catcher interference kept the  inning alive and moved Margot to second base the previous batter. Tampa 1-0 win, goes up 2 games to 0. 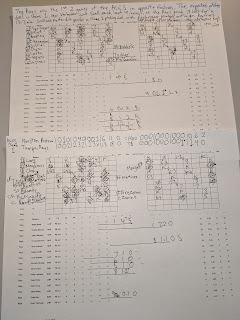 Game 3 - Tampa 5, Houston 1. Greinke battled Glasgow to a 1-1 tie through 7 innings, but Meadows greeted reliever Valdez with a game-winning Homer in the 8th. Later in the inning Springer misplayed a 2-out fly (clutch defense play) into a 2-run double to make it 4-1, and the Rays made it 3 games to 0 with a 5-1 final.

Game 4 - Tampa 9, Houston 8. The Rays dominated to lead 9-4 going into the bottom of the 9th before a furious rally rallied to cut it to 9-5 and load the bases with one out and Brantley coming to the plate as the tying run.

Alvarado came in relief and allowed a single to Brantley to make it 9-6, then caught Bregman on as close a third strike call as you can have in the game. He then issues a walk to Gurriel to make it 9-7, and then balked with based loaded to make it 9-8 with men on second and third and out the Astros just a Reddick single away from winning. However, Reddick was caught looking to complete the 4-0 sweep.

We will see how the actual season plays out, but in Statis-Pro the Rays left no doubt with the best record in the regular season and then rolling through the playoffs losing only one game. 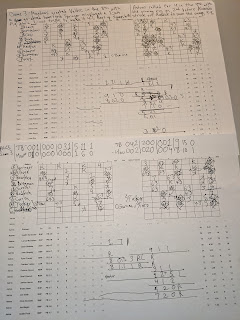 Rays sweep series four games to none. The day of Game 4, September 19, the Rays actually did have the best AL record in the real season, and had finished 1st in the Statis-Pro regular season before sweeping through the Statis-Pro AL playoffs with only one loss to Oakland in route to the AL title.