Prior to the Big East, Villanova needed to upset Kansas and beat an Oklahoma team that destroyed them earlier in the year to let the Big East finish with a better case than the Big 12 as the No 2 conference this year. Well, a record 44-point margin of victory by Nova over Oklahoma settles that case and leaves the final tournament records prior to the National Title game as:

All other conferences with at least two teams invited had a losing record or .500 mark, though a shout out to the West Coast conference for not getting a second bid but looking great in the NIT and having Gonzaga go 2-1 and almost beat Syracuse.

Villanova was the only team at Value Add Basketball with four top four players in the top 200 and the ability to spread the court was unstoppable as they shot over 70% Saturday - the only team besides the 1985 Villanova squad to top that mark. 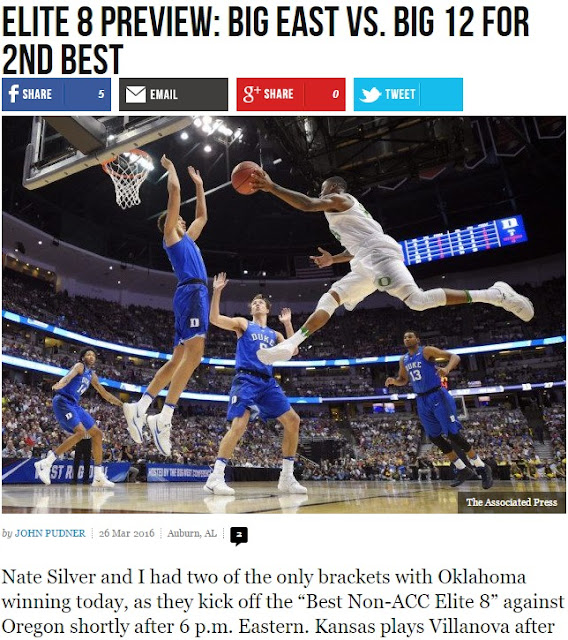 Posted by JohnPudner at 5:39 PM